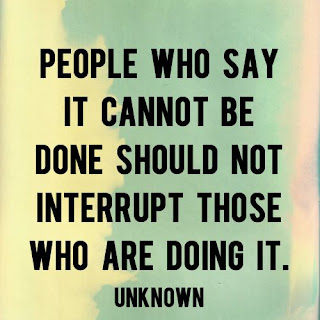 Yesterday my most liked photo from 2016 popped up in my memories! 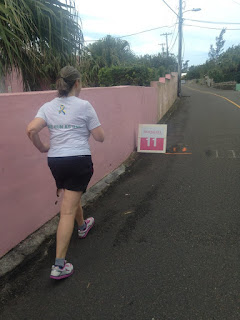 "They" said I never should have started running as a survivor of paralytic polio and the diagnosis of Post Polio Syndrome even though I crossed the finish line of the 2009 Boston Marathon. "They" said, after a serious knee injury in December of 2014 that I needed to stop running and prepare for a total knee replacement. "They" were wrong and I went on to run Bermuda Half Marathons 2016, 2017 and 2018. Here I am at mile 11 in 2016.

I feel compassion for physicians and allied health professions who profess what is and is not possible. I was blessed to have had a physical therapist who did not subscribe to the conventional wisdom of "If you use it you will lose it" as a survivor of paralytic polio and the diagnosis of Post Polio Syndrome. She told me through her treatment plan for and with me, in her words and actions that I was not destined to spend my life in a wheelchair as was the message I received from the treatment team at the International Rehab Center for Polio and Post Polio 13 years ago.

In Dr. Joe Dispenza's book, You Are the Placebo, and in Dr. David Hamilton's' book, "How Your Mind Can Heal Your Body" they cite examples of how the power of the mind influences the body. In Dr. Joe's book, he gives numerous examples of how a diagnosis and prognosis were given for a terminal illness and the body responded to their timetable. However upon autopsy there was no disease found! They also share the science behind the power of belief and imagination in being able to heal the body.

After that knee injury in December of 2014, I returned to the physiatrist who treated me initially for Post Polio to see what needed to be healed but quickly asked for Divine Guidance for healing. I was blessed to find my way to a chiropractor who believed as I did in the body's tremendous capacity for healing. We partnered together to get me back on the roads using chiropractic, KT taping to support the knee during healing and in growing a new gastroc muscle that had atrophied during the initial bout of paralytic polio. I learned about the atrophied gastroc muscle from the MRI and while "they said" there was nothing I could do about it, my chiropractor and I said "Let's give it a go."

I understand where those who say with such conviction a diagnosis and prognosis are coming from. Until my nurse at the Brigham and Women's Hospital introduced me to Dr. Bernie Siegel I believed what "they said". 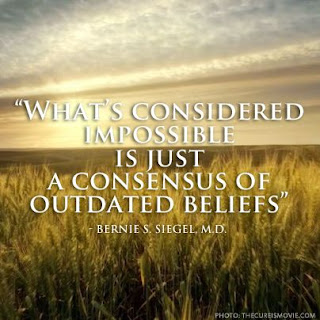 So here's to those who say that they may be able to open their hearts, minds and eyes to see what is possible.

And here's to those who have believed what "they said"...may you be open to healing, hope and possibilities!

To learn more about my inspiring journey and to explore healing resources be sure to visit my website at www.marymcmanus.com

To your health and wellness
To healing, hope and possibilities
From my heart to yours,
Mary