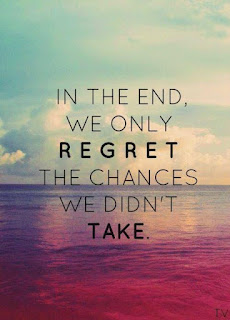 This year has been fraught with challenges that took us right to the edge of our very being. Our daughter was critically ill without any diagnosis to guide treatment. In August, I trusted my gut and made the diagnosis of PANDAS after putting the pieces of the puzzle together.

With proper treatment and wonderful treatment providers, Ruth Anne has slowly been reclaiming her life. She started running again and had a wildly successful Bill Rodgers Somerville Jingle Bell 5K (which was actually a 3.5 miler with all hills).

Rewind to Bermuda Day Weekend in May.

We stayed at the Royal Palms Hotel and decided we would return there for Bermuda Marathon Weekend now known as Bermuda Triangle Challenge. Tom wanted his redemption after being injured for the 2019 Bermuda Challenge when he was able to run only in the 10K event.

But life happened quickly and Ruth Anne's condition declined. We were not sure if she was going to live until the end of the year. The thought of going to Bermuda which was her happy place along with changes in the Race Weekend led us to change our plans to go to Puerto Rico during race weekend. We were planning to just sit by the pool or go to the beach and have a break from runcations.

I sensed that, while Ruth Anne was delighted to be going to a warmer climate in the middle of winter and we had gone to Puerto Rico when we trained for the 2009 Boston Marathon, she seemed depressed and anxious about going to Puerto Rico.

As I was sending our itinerary to a friend taking care of Jamie (our cat) while we are away and our son, I had this feeling hit me deep in my gut. Four hours on a plane and going to a destination unfamiliar to us was not going to work for Ruth Anne this early in her recovery yet when I asked her if she was okay with it, she said she was fine (true to Ruth Anne's altruistic nature and putting others' needs first). 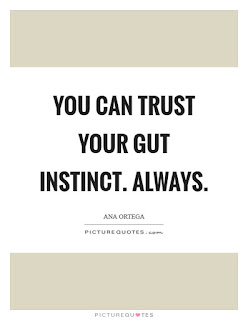 But I was unrelenting in talking with her about it and suggested we try to change back to Bermuda!

Within a few hours, we had our airline booked with OUTSTANDING customer service from Jet Blue and our room was booked with the same rate thanks to the incredible Bermudian hospitality at Royal Palms Hotel.

What do you think??

I was initially quite concerned about Ruth Anne not being trained for a 10K.

Tom was already registered for the Challenge but not trained for another Half. We went back and forth and decided that he will run the Mile and the 10K and Ruth Anne will have an epic running comeback joining forces with her dad in the 10K. It's a run/walk 10K with a 2 hour and 30 minute time limit so there's no pressure to complete the race in a certain time limit.

I get to be support crew and soak up all the delicious energy of race weekend.

Our excitement is palpable.

This will be Tom's 5th consecutive year running in events during Bermuda's Race Weekend.

I have incredible memories of my epic 3 consecutive Bermuda Half Marathons in 2016, 2017 and 2018 after having been told in December of 2014 that I should stop running and prepare for a total knee replacement after a serious knee injury.

Here we are with the Town Crier in January of 2016: 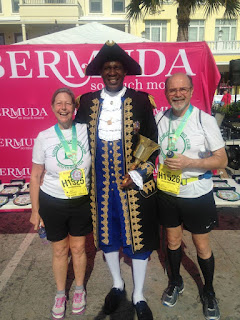 There was a photo on the race website of runners after they finished the race with the Town Crier that I used as part of my visualization to prepare for my race.

In 2017, I was on the struggle bus after mile 10. I ended up in the medical tent but not before I crossed that finish line. 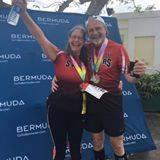 In 2018, Ruth Anne was well enough to train for and join us for the Bermuda Half: 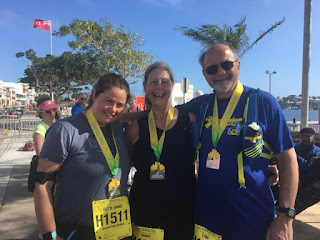 but shortly after we returned, she became ill and endured 14 hospitalizations until I was able to make the diagnosis and advocate for treatment with her providers.

Tom and Ruth Anne have an excellent base to build on with their 5 mile training runs in Heartbreak Hill, in these two short weeks before race day. They will do a 6 miler tomorrow. We are going to use the power of the mind/body connection and visualization to prepare them for a wonder filled race day.

We will be inspired by Billy Mills and his biggest upset in Olympic History:

We are all delighted to bid 2019 and this decade a fond goodbye excited to open our hearts with gratitude and grace to embrace all the possibilities that 2020 and a new decade bring.

To experience an epic race weekend and hear me share my journey from a wheelchair to the finish line of the 2009 Boston Marathon and beyond come to the Hyannis Marathon Weekend February 21-23 2020.