Flashback Friday - Running the Race - Where It All Began! 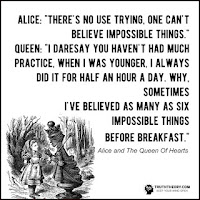 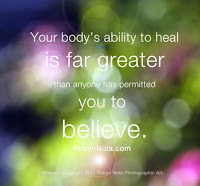 It was a cold, dark day in February 2007. I sat in a leg brace, using a wheelchair at times for mobility. I faced a grim and uncertain future as the doctors handed down the decree of the diagnosis of post polio syndrome, a progressive neuromuscular disease. They told me that if I had any hope of stabilizing the disease where it was, I would have to quit my full time award-winning career as a VA social worker three years shy of when I was eligible for retirement. It was a no brainer. I knew I had to take a leap of faith and leave my career. But what’s a social worker to do after almost 25 years? She opens her heart to the cadence of Dr. Seuss that brought her so much comfort during the painful physical therapy sessions as she recovered from paralytic polio. This is the first poem I penned. Bear in mind, I had never run a day in my life.

Early summer 1959 my kindergarten year
everyone around me filled with nervous fear.
Despite the Salk vaccine hope polio would disappear
the polio virus crept right up and knocked me in the rear.

Dancing all around the gym feeling free just like a bird
I dropped to the ground just like a stone and no one said a word.
The pain it was so searing-the diagnosis even worse
"It's polio" the doctor said...he was abrupt and terse.

Called one of the 'lucky ones' I had a 'mild case'
but with the other athletes I could never keep their pace.
Miss Holly physical therapist, curly hair and a warm, broad smile
it tempered the pain of being apart - to walk I'd take awhile.

I always wore those 'special' shoes the kids they poked and teased
with no support and much abuse with childhood I wasn’t pleased.
But put nose to the grindstone and learned all that I could
I couldn't kick a ball but my grades were always good.

Years went by and no more thought to polio did I give
I accepted the limp, everything else and decided my life I would live.
But symptoms of weakness and muscle pain did grow
I kept a stoic face hoping no one else would know.

Life no longer was my own I struggled through each day
suffered in silence, alone and afraid tried to keep depression at bay.
And with the grace of glorious God my world it opened wide
I discovered there was a Post Polio team and they were on my side.

Sought out paths for healing and my spirit flew free
for the first time in life, I could truly be me.
The chains are gone and possibilities abound
I'm a tree with my roots planted firmly in ground.

Using wheelchair to travel, set limits on what I could do
resulted in joy to realize I could live life anew.
Celebrated my body-creaks, groans and need for a brace
while in my mind I focused on winning a 10K race.

I'm now off the sidelines, no need to sit and whine
so much gratitude fills my heart and love and beauty shine.
After all these years I can join the loving human race
I exceed all expectations and now I set the pace.

At this time of year I revisit my journey on the road to the Boston Marathon to inspire the runners and to share a story that needs to be told and retold as a message of healing, hope and possibility. This year the Marathon and my being part of the Expo is postponed until September. But we will run again and I will have another opportunity to share my story.

But right now, in this moment of history, my story is a vital one to be shared.

I was part of one of the last polio epidemics in the United States. I survived and even though I had many many challenges throughout my life including the diagnosis of Post-Polio Syndrome in December of 2006 they were also my greatest gifts. I was able to harness the power of the mind/body connection to heal my life.

Right now appearances and prognostications for health, the economy and life in general as portrayed by the media look quite grim. I could have chosen to believe the prognosis I was given in December of 2006 but instead I looked inward for Divine Guidance and created a new path for me; one that was very different than the past I was used to and certainly one very very different than the one Western Medicine predicted for me. My story can be found in David R. Hamilton, Ph.D's 10th Anniversary Edition of How Your Mind Can Heal Your Body with many other stories of what's possible through visualization not only for healing but for improving performance in sports and in life.

In May of 2008, I was interviewed for an article in the Brookline Tab, our local newspaper: 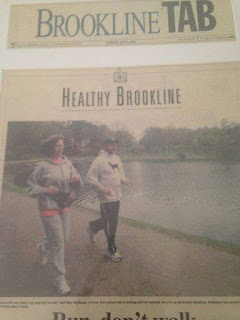 The Brookline Tab's Neal Simpson wrote this wonderful article about me as I prepared to train to run the 2009 Boston Marathon. Check out my running clothes - not :) And here's the blog I wrote sharing the contents of the article.

"Since she was a little girl, Mary McManus had rarely moved faster than a walk.
But last month, the former polio patient bought her first pair of running shoes. And now she’s training for a marathon.
Paralyzed by polio at the age of 5, the Brookline mother of two now spends every day fighting back against the crippling effects of the disease that still threatens to rob her of her strength and mobility 50 years later. She said she won’t stop until she runs her first marathon.
“I just know with every fiber in my body that we will,” she said. “It’s all happening.” ......

The more we share healing stories and stories that demonstrate appearances can be deceiving, the better we will all fare during the current conditions happening in the world. Thanks for taking a look back with me to see where my journey of transformation began!